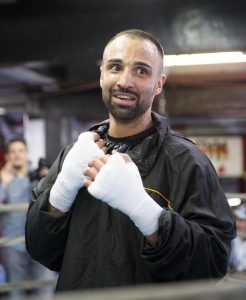 Paulie Malignaggi, the former two-division world champion boxer and boxing commentator has signed an exclusive deal to compete for Bare Knuckle Fighting Championship (BKFC). Malignaggi is expected to make his BKFC debut in June 2019 at a location yet to be determined. “BKFC is the new wave in combat sports. They’re doing great things and I’m very excited to be a part of this organization,” said Malignaggi. “I’ve accomplished some big things in boxing career, and I look forward to what this next phase brings. After a long boxing career, it’s easy to miss the limelight and the rush that combat brings.” Malignaggi, successfully defended the WBA title once before suffering a split decision loss to Adrien Broner in June 2013.