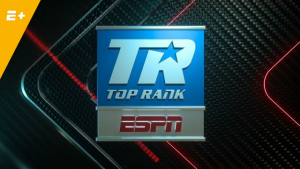 Top Rank and MTK Global reach multi-year deal to air fights on ESPN. Events will be air through ESPN’s platforms — most of which will be streamed on ESPN+. The deal will provide MTK with a platform for 30 cards a year, most of which will come from the U.K. and Ireland, although other specifics regarding the deal have not been released. Top Rank chairman Bob Arum says, “This deal will enable Top Rank, through the ESPN family of networks, to afford viewers in the United States the opportunity to see these great fighters perform.” MTK rose to prominence overseas over the past several years and now represents the likes of Tyson Fury, Carl Frampton, Billy Joe Saunders, and prospect Michael Conlan among many others. Top Rank says the MTK cards air on ESPN platforms in addition to their own cards already airing on the network.