Pound-for-pound number one boxer, Vasiliy Lomachenko (13-1 10 KOs) will face world title contender Luke Campbell (20-2, 16 KOs) for the WBC, WBA, WBO and Ring Magazine Lightweight World titles on Saturday, August 31 at The O2 in London, live on Sky Sports Box Office in the UK and ESPN+ in the US. 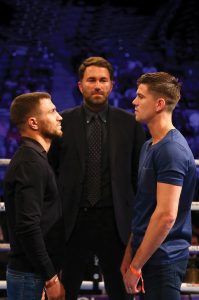 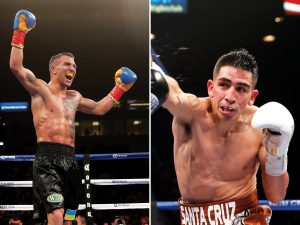 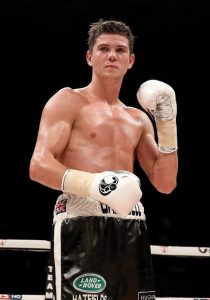 Vasiliy Lomachenko enters this fight with a 13-1 record that includes 10 knockouts. Lomachenko has won each of his last 12 fights, and he’s coming off an April win over Anthony Crolla. Lomachenko absolutely dominated his last opponent in a fourth round knockout that ended with a right hook and it was his fasted pro fight since his debut against José Ramírez. Lomachenko has now finished nine of his last 10 opponents and will defend his belts for a third straight fight. 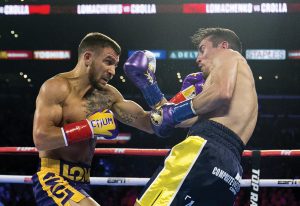 Lomachenko is a 31-year-old southpaw who stands at 5’7” and has a 65.5-inch reach. Lomachenko is one of the best technical fighters in the sport with ridiculous footwork and defense, so his opponents have a tough time landing consistently and can get frustrated and lose confidence over the course of a bout. Lomachenko has quick hands offensively, puts combinations together nicely and clearly has power with 71 percent of his fights ending in knockouts. There’s really no weakness in Lomachenko’s game, and when he gets comfortable offensively like he did in his last bout, he’s an absolute machine capable of putting his opponent to sleep. As he tacks onto his resume, Lomachenko is making a case for the best pound-for-pound fighter in the world. This will be Lomachenko’s second career fight outside of the United States. 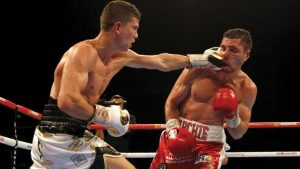 Luke Campbell enters this fight with a 20-2 record that includes 16 knockouts. Campbell has won five of his last six fights and is coming off a March win over Adrian Yung. Campbell has won three straight fights since his loss to Jorge Linares, two of them coming by knockout, and he gets easily the biggest fight of his career on home soil. Campbell is coming off a fifth round knockout and five of his last six victories have been finishes. Campbell is a 31-year-old southpaw who stands at 5’9” and has a 71-inch reach. The best trait with Campbell is his toughness, as he’s been knocked down three times in his career and continues to come forward. Even when outmatched, Campbell will hang in there and trade punches and at least give himself a chance. Campbell isn’t the fastest or the strongest boxer in the world, but he throws with a purpose and is going to counter his opponent well. Campbell keeps his hands high and has decent head movement, and he seems to be at his best when he’s able to slow things down and pick his spots. Campbell can be overwhelmed when his opponent is the one setting the pace. This will be Campbell’s 20th career fight in England, his birthplace. 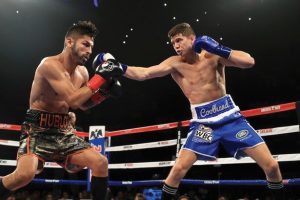 Coming From A LA Boxing Family

There’s a chance Campbell can at least make this fight somewhat competitive for the first few rounds, as he’s the much bigger fighter with a longer reach and will have the crowd behind him in full force. Campbell is no chump, as he’s a 2012 Olympic gold medalist and has beaten some notable names throughout his pro career. The problem is Campbell was dropped twice in the bout against Linares, and while he hung in there and made the fight worth watching, he was outmatched for most rounds and looked slow. Lomachenko is going to see that and go to work with power shots and likely let his hands go the longer this fight drags out. I just don’t see Campbell winning or competing in this fight for long, as ‘Loma’ is several classes above both offensively and defensively. The fact we can get this fight not going the distance at a reasonable price compared to the Lomachenko ML is an absolute steal. 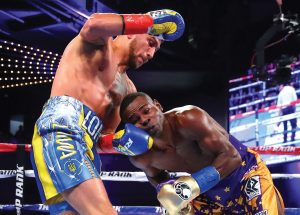 I predict Lomachenko wins this fight by KO/TKO in the fifth or sixth round.