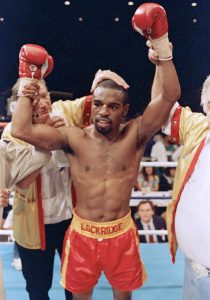 Former super featherweight champion Rocky Lockridge passed away from a stroke after several weeks. Lockridge, 60, was living in Tacoma, Washington and was on life support for several days. In his time Lockridge faced some of the best including Roger Mayweather who he knocked out to win the WBA super featherweight world title in February 1984. He faced many of the best in the division including Julio Cesar Chavez, Eusebio Pedroza and Wilfredo Gomez who he lost the title to in May 1985. Lockridge finally retired in April 1992.