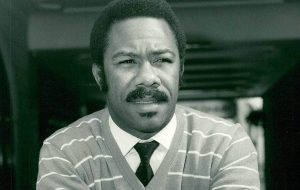 Panama’s Eusebio Pedroza, one of boxing’s greatest featherweight champions of all time died on Friday, March 1st. He was a day short of 63 years old. From April 1978 to June 1985 the gritty fighter known as “El Alacran” defeated every fighter that ventured into the boxing ring with his clever and some say dirty tactics, but kept a vice grip on the WBA featherweight title. A marquee matchup with Mexico’s Salvador Sanchez was expected but never realized when the WBC featherweight champion was killed in a car crash in August 1982. The world would never know who was better. Pedroza successfully defended the title 19 times before losing to Barry McGuigan in June 8, 1985 in London, England.