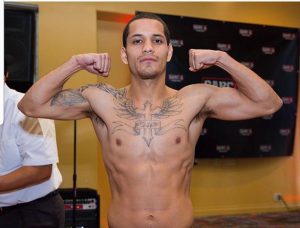 Riverside, Calif. boxing prospect Izaac Colunga was shot while attending a party at a house around 12:10 a.m. on Sunday, March 3, said Riverside Police. Officials said it’s unclear if the shooting was a targeted attack, or if Colunga and another man were shot randomly. “It sounds like everybody was inside the house,” Railsback said to the Press-Enterprise newspaper. “From what we understand, there wasn’t any type of fight or altercation, and there was nothing we’re aware of that happened at the party that led to the drive by shooting.” Railsback said the family is saying that Colunga is awake but doesn’t have movement in his arms or legs.