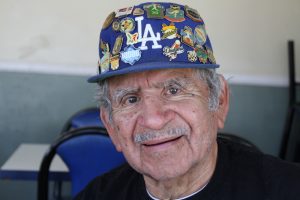 Famous sports photographer Jorge “Chiquilin” Garcia passed away at age 78 on late February after suffering from diabetes and a stroke. For one and a half century Chiquilin crossed paths with sports figures like Ruben Olivares, Fernando Valenzuela, Hugo Sanchez, David Beckham, Kirk Gibson, Magic Johnson, Oscar De La Hoya, and Kobe Bryant. But his real claim to fame was shooting boxing figures such as Julio Cesar Chavez and De La Hoya. He was the primary photographer for La Opinion, a Los Angeles-based newspaper and helped boost its influence worldwide.