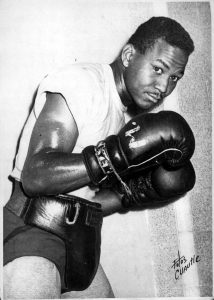 Napoles, recognized as one of the best fighters in boxing history, died August 16, 2019 in Mexico. He fought his first 21 professional bouts in his native Cuba. A two-time welterweight champion, Napoles left Cuba in 1961, when the island nation’s communist government banned professional sports. Napoles moved to Mexico, where the country’s passionate boxing fans adopted him as one of their own. “Napoles came from a family of boxers, his father, uncles and cousins all fought,” said boxing historian and author Enrique Encinosa, “He could do everything. He could box, fight aggressively and counterpunch. His one flaw was that he cut frequently.” Napoles retired after losing his title against John Stracey in 1975. His career record was 81-7 with 54 knockouts. He also fought in 18 title bouts, the most by a Cuban-born fighter.