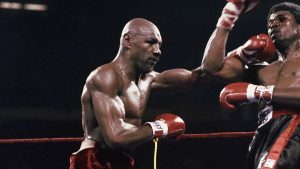 One of BOXING’s greatest middleweight champs, Marvelous Marvin Hagler, dead at the age of 66. Hagler, an American professional boxer and film actor, the southpaw slugger competed in boxing from 1973 to 1987 and played a central role extending boxing’s popularity with his boxing slogan  “destruct and destroy” in the 1970’s and 80’s. He became one of the best middleweight champions, wielding awesome punching power while shrugging off opponents’ blows during his 12-year span as champion.

Hagler died on Saturday, March 13, in New Hampshire and lived in Bartlett, N.H. Born Marvin Nathaniel Hagler in Newark, NJ on May 23, 1954 – during his reign he was the middleweight champion of the 1980’s. Hagler is survived by his second wife Kay, first wife Bertha, his sons Marvin Jr., James, Gentry and daughters Celeste and Charelle.

Hagler was one of the most formidable boxers of his era; Hagler defended his title 12 times and ruled the division from 1979 to April 1987. His last champion win was a knockout of John Mugabi in 1986, Hagler was dethroned when he lost his championship in Las Vegas in April 1987 on a controversial split decision that went to Sugar Ray Leonard, who was making a comeback after almost three years away from the ring. 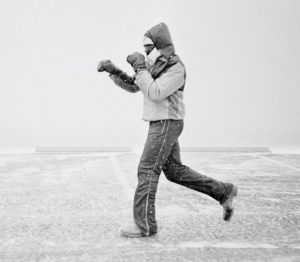 Hagler’s record was 67 Wins – 3 Loses and 2 draws, all in the middleweight division. He never got many breaks in life or in boxing; it was his hard work and self-belief that kept him at the top of the boxing charts.

Following an outstanding amateur career, Hagler turned pro in 1973. He captured the middleweight crown in London in September 1980 when he scored a technical knockout of Alan Minter of Britain, a bout in which the excitement did not end in the moments that followed. When the referee stopped the fight in the third round because of Minter’s facial cuts, the crowd at Wembley Stadium pelted the ring with debris.

Hagler acquired the nickname Marvelous when he fought as an amateur in Massachusetts and preened in the ring, emulating Muhammad Ali. He legally changed his name to Marvelous Marvin Hagler in 1982.

Hagler won 62 bouts with 52 by way of knockout and he maintained that the only time he was ruled to have been knocked down in a title bout was against Juan Roldan of Argentina in 1984, in fact, it was a result from a slip. He won the fight on a technical knockout. 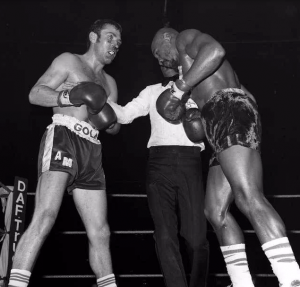 Hagler’s first bid for the middleweight title was in 1979 against Vito Antuofermo of Italy, which was a draw. As the champion, Antuofermo retained his crown, yet after gaining the title in 1980, Hagler got his revenge, defeating Antuofermo on a fifth-round technical knockout in 1981.

Hagler never got much fanfare in the beginning of his boxing career. Especially In 1976, the year of the Summer Olympics that helped launch the pro careers of Sugar Ray Leonard, Michael Spinks, Leon Spinks, John Tate just to name a few, Hagler fought to be relevant. The losses in early 1976 to Philadelphia middleweights Watts and Monroe left him on the edge of nowhere. Yet, later that year he won against Eugene “Cyclone” Hart and the rematch against Monroe that saved his career.

This loss really stings but if you’re under 35 or maybe even 40 years old, you’re probably wondering, “What’s the big deal? Old boxers die all the time.” But this was not just any old boxer, “He was special,” said boxing trainer Rudy Hernandez, “We lost a great one! We didn’t watch Hagler get old, either in the ring or out of it. Good Black men don’t crack and, when it comes to Hagler, Tommy Hearns came closer than father time to cracking Hagler.” Their all-out 1985 battle starts with one of the five best rounds in boxing history and ends with Hagler winning by third round TKO. 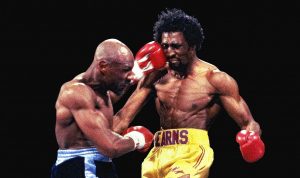 Hagler captured the attention of many boxing aficionados and garnered tons of fans from all walks of life. Many boxing fans of the 1970s and 1980s came to admire and appreciate the self-discipline and self-made Marvin Hagler, over other great fighters of that era, like Tommy Hearns, Sugar Ray Leonard, and Roberto Duran, all of whom Hagler fought.

He didn’t lose for 11 years. In an era thick with good middleweights, Hagler ducked nobody, fought regularly and didn’t lose until a 10-bout unanimous decision loss to Willie “The Worm” Monroe on March 9, 1976, and the 12-round split decision loss to Sugar Ray Leonard in April 6, 1987. Hagler went 36-0-1 before those fights and after taking the undisputed middleweight title from Alan Minter in Sept. 27, 1980. Hagler punched out the division so thoroughly; he fought rematches against fighters he had beaten soundly already.

He was a true boxer and puncher. The left-hander who could switch effortless to fighting righty mid-round combined cagey moves with above average power. His chin could survive a head-on with a missile. Hagler didn’t have a weakness. You knew you were watching one of the best middleweights ever and he’s generally ranked in the top five all-time along with Sugar Ray Robinson, Carlos Monzon, and Harry Greb.

He combined anger and humor. Newark native Hagler fought out of Brockton, Massachusetts, the hometown of 1952-56 world heavyweight champion Rocky Marciano, “The Brockton Blockbuster.” Playing off that, Hagler went by “The Brockton Blackbuster,” and, after winning the title in 1980, later legally changed his name to “Marvelous Marvin Hagler.” 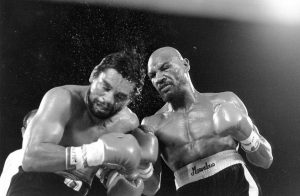 In 1979, boxing’s sizzle came from the lighter weight classes. You had 1976 Olympic champion Leonard in the spotlight and Hearns just outside of it pounding their way toward welterweight title shots. Also, Roberto Duran, “Manos de Piedra,” moved up to welterweight after cleaning out the lightweight class. Meanwhile, Hagler beat up any middleweights who would get in the ring with him while he waited for his chance at the crown.

The Monroe loss was the only time everyone agrees Hagler flat out got beat. Most observers thought he won the decision loss to Watts and the draw with Vito Antuofermo in his first chance at the middleweight title. The Leonard decision remains one of the most hotly debated in boxing history. 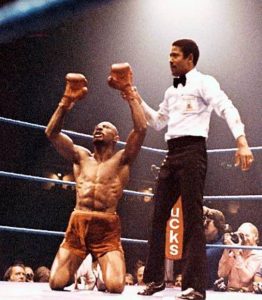 Hagler wasn’t even allowed to celebrate winning the title against Alan Minter in London. When Hagler won on a third round TKO, he fell to his knees and threw his arms in the air, as tennis star Bjorn Borg did annually back then after winning Wimbledon’s men’s singles title. A nasty crowd rained bottles down on the ring and later chanted the racist slogans of the National Front, Britain’s version of the Ku Klux Klan. Before the fight, Minter reportedly said, “No Black man is going to take my title.” 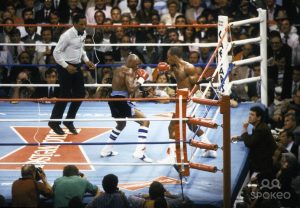 Later, after losing a controversial split-decision to popular Ray Leonard in Las Vegas in ‘87, he abruptly retired. True to himself and armed with the belief he had nothing to prove to himself or anyone, Hagler never tried a comeback, especially when Leonard balked and dawdled over giving him a rematch. Hagler later told Ring Magazine in 2014, “Why do you want to hang around after all your hard work and let someone get lucky and destroy your record. After I had nothing to prove to myself, it was the best thing to walk away.”

Hagler stayed retired. He did some acting in Italian westerns, for a time splitting his residency between Italy and the United States but he remained under the radar with occasional appearances here and there on the boxing scene. Hagler went on to help bridge boxing between Muhammad Ali’s fade and Mike Tyson’s rise. Though relatively quiet outside of the boxing ring, few could match his ferocity inside the ropes.